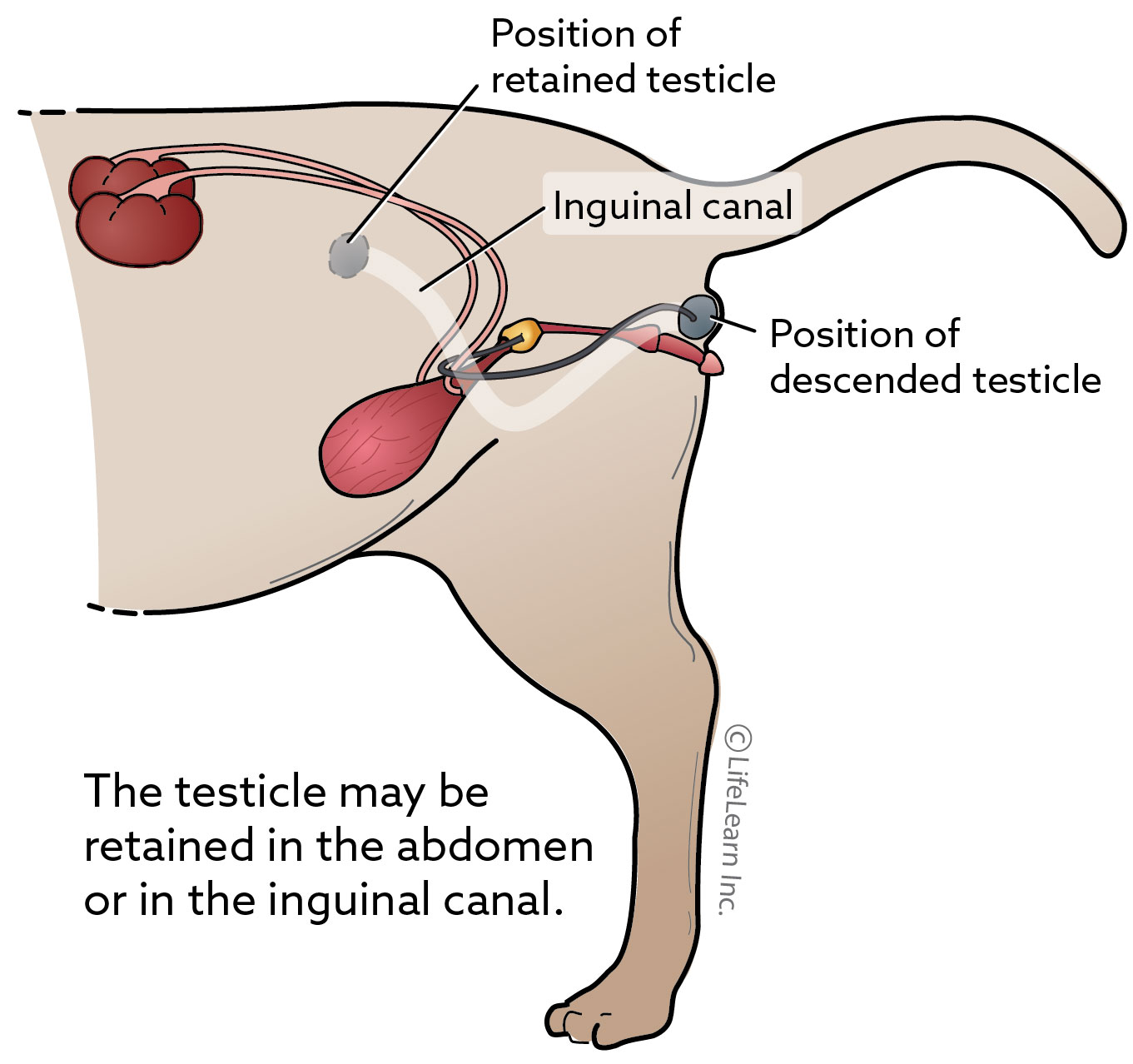 If the testicles aren't in the scrotum, where are they?

How is cryptorchidism diagnosed?

In cases of abdominal cryptorchidism, the testicle cannot be felt from the outside. An abdominal ultrasound or radiographs (X-rays) may be performed to determine the exact location of the retained testicle, but this is not often done before surgery, as it is not required to proceed with surgery.

Typically, only one testicle is retained, and this is called unilateral cryptorchidism. If you have a cat that does not appear to have testicles but is exhibiting male behaviors, a hormonal test called an hCG stimulation test could be done to see if he is already neutered. Even simpler, your veterinarian can check for penile spines which are dependent on testosterone and will disappear six weeks after neutering.

What causes cryptorchidism and how common is it?

Cryptorchidism affects less than 2% of cats but may occur more often in purebred or pedigreed cats such as Persians, Himalayans, and Ragdolls. The condition is commonly seen in families of cats and appears to be inherited, although the exact cause is not fully understood.

What are the signs of cryptorchidism?

"If both testicles are retained, the cat may be infertile."

There is also a risk that a retained testicle will become cancerous. The clinical signs associated with testicular cancer depend upon the specific type of cancer.

What is the treatment for cryptorchidism?

What if I don't want to neuter my cat?

There are several good reasons for neutering a cat with cryptorchidism. The first reason is to remove the genetic defect from the breed line. Cryptorchid cats should never be bred. Second, cats with a retained testicle will continue to exhibit male behaviors such as marking and spraying, odors, and aggression toward other cats. Finally, the retained testicle may develop a cancerous tumor.

What is the prognosis for a cat with cryptorchidism?

The prognosis is excellent for cats that undergo surgery early before problems develop in the retained testicle. The surgery is relatively routine and the outcomes are overwhelmingly positive.

© Copyright 2021 LifeLearn Inc. Used and/or modified with permission under license.